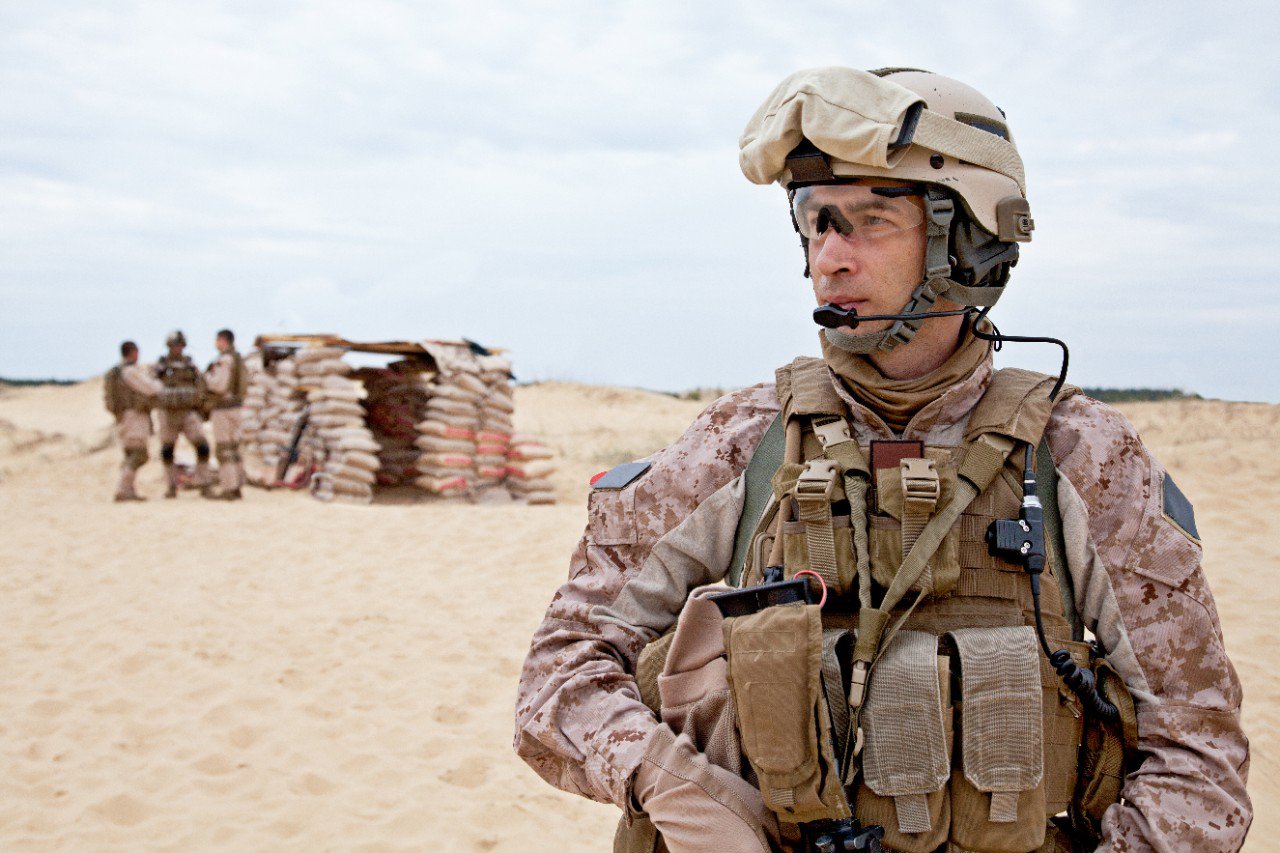 Does Android or iOS Make the Best Military Operating System? Here’s Our Verdict

Together, Android and Apple iOS own close to 100% of the smartphone operating system market. There are no other significant players in the field, which means purchasers have one of two choices.

So which should defence procurers pick?

In our experience, iOS can be a great fit for consumers. Apple makes beautiful devices with sleek operating systems – and who’s to argue that they aren’t the right choice for personal use?

Defence procurers, however, have a different perspective altogether. When looking for a military operating system, they put functionality, ruggedness, longevity, total cost of ownership and – perhaps most importantly of all – security before branding and aesthetics. And when they do that, they will come away with one clear frontrunner: Android.

In this post, we look at six reasons why Android is the optimal choice for the punishing, high-security defence environment.

iOS works on one range of devices: Apple. This means customers are limited to hardware that will stand up only to typical consumer scenarios.

By comparison, the Android OS is available to thousands of different manufacturers and devices, providing huge choice in terms of device quality and robustness.

These choices include rugged devices that meet stringent guidelines in terms of durability to drops and shocks, water and particle ingress, and more. (We’ve written extensively about what to look for in rugged mobiles.)

But could rugged cases paired with an Apple device be the answer? No. A case won’t protect against internal damage as a result of shock (eg dropping it), and is unlikely to offer high levels of ingress protection. (Find out why in our rugged phone cases post.)

For these reasons, any procurer looking for robust devices suitable for defence has one choice of military operating system: Android.

Again, you need to consider the commercial-versus-industrial comparison.

iOS is limited to phones, tablets and other formats (for instance smart watches) with a consumer focus. They will get you up in the morning, schedule your day, keep you in contact, and help move you from A to B.

Android devices, meanwhile, come in a far wider range of shapes and sizes suitable for specific functions. For example:

For procurers looking to match device formats to specific roles and functions, Android has to be the preferred military operating system.

However, while Apple should be applauded for its commitment to support, we would strongly encourage military procurers to look more closely, and for even more value.

For instance, rugged device manufacturer Zebra offers a LifeGuard plan. This provides security patches and support for up to 10 years for its rugged android mobile devices, delivering the regular OS updates needed to repel threats and giving users control over how and when to update or migrate to new versions of the OS. When you pair this with Zebra’s OneCare maintenance plan – which can offer next-day ‘like new’ device replacement in the event of a problem – the lifespan of devices can be extended considerably.

Choose wisely and you can procure enterprise devices that will last far longer than Apple products.

Android is the most used mobile operating system in the world, accounting for over 72% of devices.

This is significant. If you use Android, your defence forces are likely to be familiar with the system. The result will be fewer hours of training, faster response times in critical situations and better morale.

Here’s one example. The trio of soft keys at the bottom of every Android device (the ones providing ‘back’, ‘home’ and ‘multitasking’ functions) are unique to Android and part of a powerful intuitive user experience.

Most personnel will have had years of ‘training’ in these and other features, via their private use. Which means they’ll quickly be up and running with a military operating system that uses Android phones.

5) The Android OS can be customised to military specs

These can help to ensure displays are streamlined and intuitive; increase efficiencies; and keep distractions to a minimum. They can also play a role in keeping your data and devices secure.

Many of these benefits can be accessed via Android Enterprise. However, military procurers will almost certainly require a higher level of bespoke adaptation suitable to defence environments. This is where a product such as Nuffield Technologies’ ASP (Android Secure Platform) can help.

ASP is a system of apps and tools for operating Android devices in critical security environments. It is built on top of Android Enterprise and can be fully customisable to military requirements.

Uniquely, it can use USB data transfer to manage Android smartphones and tablets that are permanently disconnected from any network.

Other benefits of ASP include:

6) Android security is at least as robust as iOS

‘IOS is more secure than Android.’

If you’ve read that on the internet, there’s a good chance the article is:

The truth is there was a time when iOS was the more secure environment. But that time has long passed and things began to change as far back as 2012 with Android’s Ice Cream Sandwich OS.

More recently, Android Enterprise has regularly scored higher than iOS in the Gartner security reports and continues to make industry-leading security advances in hardware and software.

Because security is such an important issue for any military operating system, it’s worth examining the differences between Android and iOS – and why you might wish to choose Android – a bit more closely.

A key difference between iOS and Android is that the former is closed source and the latter open source. At first glance, closed source, sometimes described as ‘security by obscurity’, might seem preferable. However, in truth Android’s open source nature is its greatest strength. Anyone in the world can look for bugs in the OS and an army of developers do just that, incentivised by £1m+ payments from Google to spot vulnerabilities. Even the US government acknowledges that open source hardens security: it publishes its cryptographic algorithms.

Also, open source allows manufacturers to implement additional security features beyond the core operating system. For instance, Zebra Mobility Extensions adds extra configurable features which help businesses to reduce their potential for attack. You can’t do this on iOS; you get what Apple provides, which is based around a consumer user experience.

Finally, open source also means manufacturers can continue adding security patches for years after Apple will support a device. This could be a deal-breaker for military procurers – after all, it is not possible to continue to use devices that are unsupported. As mentioned earlier, Zebra’s LifeGuard plan provides security patches and support for up to 10 years. The ROI on keeping a device working securely for much longer could be significant.

To sum up, Android offers anything Apple can deliver in terms of security; and the open force format means leading manufacturers can add many more security features – and will keep doing so for longer.

← Nuffield Technologies Achieves JOSCAR Registration
Military Tablet Functionality: What Do You Need – and How Do You Go About Getting It? →